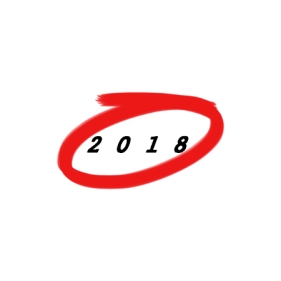 It’s that time of the year when we attempt to boil down the year that’s gone by into a never ending series of lists from the best movies to the best albums to the best moments and as ever its been a very busy year. This being my fiftieth post of the year, which earlier this year sounded like a completely mad idea, I thought I’d take another tried and tested format and supermundane it. Yes I’m verbing it, which isn’t actually a verb in itself but hey I’m just going with it now. Without further ado though here is my review of the year but before we do actually begin I have a couple of caveats for my list. This is a review of my year not a review of 2018. Which means that the items on this list did not have to have come out in 2018 but rather are all the things I’ve done personally and discovered this year. From further embellishing myself in the works of John Wyndham to catching up on classic tv shows that passed me by to achieving a childhood dream. Hopefully you’re now all up to speed on how this is going to work so without further ado lets find out what some of my favourite things are to have come about in 2018.

Favourite Book: The Amazing Adventures of Kavalier and Clay by Michael Chambon

An absolute tome of a book, well for me at least having favoured much shorter fair in the past, and a beautiful one at that. Perfectly meshing fantasy, history and pastiche in a single stunning creation that charts the lives of two wannabe comic book creators from their teenage dreams to the golden age of comics to the emergence of the comic book as art. These two wannabes are jewish kids growing up in New York who each finds solace through their work and creations as well as helping liberate them from their own personal tortures. The book perfectly weaves a story of childhood defiance, dream chasing and learning to accept oneself all brilliantly intercut with true and fictional history from meetings with Stan Lee to Salvador Dali in a divers suit. A tapestry so delicately weaved you’d believe the Escapist was one of the biggest comic characters of the 20th Century.

This was a tough one to decide with the incredible Series of Unfortunate Events almost taking the top spot with two brilliant and consistent series under its belt. However Mad Men just picked it to the post thanks to its relentlessly engaging characters who have provided welcome distraction from my numerous train rides into work. Having ploughed through six of the seven seasons this year, and while at times it may feel like the idea bank is running low, there is no doubt you’ll fall in love with the man with everything Don Draper and who you’ll just as quickly learn to hate just as much, to the charismatic and strong willed Peggy Olson who is the true triumph of the show. Throw in a fantastic supporting cast of characters and a tonne of smoke filled, piles of money, super sharp suits levels of cool and you have a series that has for years been correctly hailed as a triumph.

While I discovered so much incredible music this year and just as much as I would love to give a shout out to all those new discoveries from Small Black to Young Fathers to Superorganism to Ghost to, a more personal shoutout, Mark Mathews with Carrier Bag your Career is Over. The top honour however goes to Still Corners with Creatures of an Hour that has been stuck on my spotify for weeks on end and ever returned to when ever I don’t know what to listen to. Harking back to the likes of Air with equally haunting lyrics and chilled beats it is perfect to settle back and read to or to keep your mind going long into the night as you pour over another page of your screenplay. Need a little proof of recommendation try listening to Cukoo.

In a year that saw me finally finish up, quite possibly one of my all time favourite series Preacher and Alan Moore’s seminal run on Swamp Thing. This became an easy choice after reading the first volume of the much lofted Sandman. There is a reason this series is so often spoken of and so highly. Its criminal how long it has taken for me to get around to reading it but trust me when I say it was completely worth the wait. Complex, detailed and intriguing, Sandman is everything a comic should be, teasing and playing with the form while fully embracing it and being a darn brilliant slice of fun and entertainment as well as a true piece of art. I would also just like to add a quick honourable mention to Bendis’ work on the current Superman titles as he has somehow made me fall in love with the character even more which I thought impossible following my recent conversion to the character with Tomasi’s and Gleason’s run. I was skeptical but Bendis has done a wonderful job and I am now a proud fan of the man of steel.

To continue with that buck to the trend of actually citing something from the year 2018 I’d like to award the full honour to the awesome Assassination Nation. Which is the most beautiful and brutal pieces of poignant pulp put to screen in a long time. I could gush about this mad bad film for paragraphs but I’ll allow the trailer to do the talking. Be warned though it is not for the faint hearted or the easily offended.

So there you have it, thats my year. Of course between all this time spent reading, watching, listening and discovering new things I’ve experienced some incredibly special moments from celebrating my mums 60th (well done dad on pulling that one off) to my first holiday away with Poppy to finally, finally playing Dungeons and Dragons and with such a fantastic group of adventurers. So to all that made 2018 a little more special, thank you.

View all posts by Ian Ifield